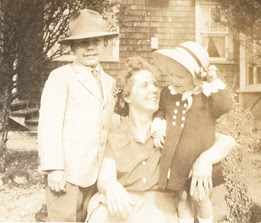 Posted by Janice M. Sellers at 9:05 PM No comments:

Films of the British Empire

Colonial Film: Moving Images of the British Empire has information on more than 6,000 films showing images of life in the British colonies.  More than 150 of the films can be viewed online.  The online catalog can be searched or browsed for films by country, date, topic, or keyword.  More than 350 of the most important films in the catalog have extensive notes written by the site's academic research team.

As an example, I did a catalog search for India and got 685 results, ranging in time from a cricket practice in Australia in 1897 to a 1993 history of the State of Kotah.  Restricting the search to entries with videos gave 43 results, one of which was an 1899 panorama of the Ganges.

The film project is a joint effort by two universities and three archives.  The introduction on the site states that the aim is to "allow both colonizers and colonized to understand better the truths of Empire."
Posted by Janice M. Sellers at 12:57 AM No comments:

Black Genealogy through the Eye of An Artist

"I Am America: Black Genealogy through the Eye of An Artist" is an exhibit that will run from November 5, 2011 through February 2, 2012 at San Francisco’s Main Public Library’s African American Center.  The exhibit is created and curated by Kheven LaGrone.

For the exhibit, genealogists provided family stories, black and white photographs, marriage certificates, land deeds, census records, military papers, narratives, and other documentation on their families.  Artists then used this information to reimagine the stories and images.

For more information or for images, contact Kheven LaGrone at kheven@aol.com.
Posted by Janice M. Sellers at 6:51 PM No comments: 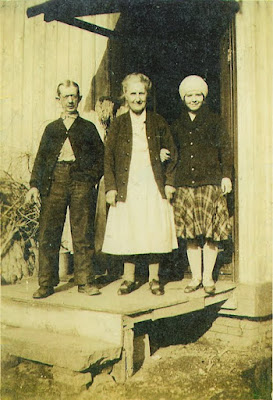 Though sperm donors remain anonymous, they have unique identifying numbers, and registries exist where parents of children conceived through sperm donation can contact each other.  One woman created an online group for children fathered by the donor for her son.  There are now 150 children in the group, and apparently more children are on the way.

Ethical and practical questions are being raised regarding children of sperm donors who father many children.  Besides the possibility of genetically transmitted diseases being passed along, the odds of accidental incest between half-siblings increase.  The United States, however, has no laws limiting the number of children a donor may father.

A recent article in the New York Times discusses these issues.
Posted by Janice M. Sellers at 9:19 PM 1 comment: 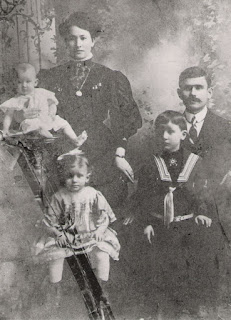 The August issues of the two genealogy journals for which I am the editor, The Galitzianer (the quarterly journal focused on Jewish research in the former Austrian province of Galicia, published by Gesher Galicia) and ZichronNote (the newsletter of the San Francisco Bay Area Jewish Genealogical Society), recently were published.

The articles in the August issue of The Galitzianer are a list of 1938 Ropczyce, Poland, industrial permits; a report on Jewish vital records that have been preserved in Warsaw; a memoir written by a man born in 1886 in eastern Galicia; analysis of an early 20th century photograph; and two reports about recent visits to Europe, one to Dąbrowa Tarnówska and one to the L'viv area.

In the August issue of ZichronNote you will find an article that brings a different perspective to the question of Napoleon's (yes, that Napoleon) views on the Jewish people; a woman's search for her great-grandfather's missing artwork, which was hidden in many places in and around Warsaw at the outbreak of World War II; and a review of an online gazetteer of the Austro-Hungarian empire.

Both The Galitzianer and ZichronNote are available only to members of the respective organizations. If you join either (or both) you get a subscription to the journal and help fund research projects, and you help support a hobby you enjoy.
Posted by Janice M. Sellers at 10:22 PM No comments:

Sutro Library, the San Francisco (and genealogy) branch of the California State Library, will have two evening programs this fall, to be held on the last Thursdays of September and October.  The featured speakers are two National Park Service experts who will share their knowledge of Adolph Sutro:

Both programs are free and open to the public.  Receptions with light refreshments will begin both evenings at 7:00 p.m.; the lectures will start at 7:30 p.m.

A flyer is posted online at http://www.library.ca.gov/SutroLectures%20011_Flyer_Final.pdf.

These could be the last talks focused on Adolph Sutro.  Next year the holdings of Sutro Library are scheduled to be integrated into those of the California State University at San Francisco library, and Sutro Library will be no more.  The building and land are valuable and ripe for development.  Accessibility will probably become an issue, because parking at Cal State San Francisco is difficult at best.  The situation reminds me of what has happened to the holdings of the Judah L. Magnes Museum, now the Magnes Collection of Jewish Art and Life, part of Bancroft Library at the University of California.
Posted by Janice M. Sellers at 11:29 PM No comments:

Well, that's not what the telegram actually says, of course.  But that seems to be what happened.

In researching a Union soldier from Kentucky, I found his compiled service record on Footnote.com (now Fold3.com).  One of the items in his folder was a telegram from his wife, dated June 19, 1863, that said, "Please grant me pass to Nashville to visit my husband ... on important business."  There is no approval for the visit or note that it occurred in his service records online.  I reviewed his service folder when I was at the National Archives on my recent trip, and I did not find anything of the sort there either.

I also had requested the pension file for his widow.  I had found her in 1870 with three young children, apparently still a widow after her husband's death in 1864.  I thought she probably had received a pension benefit or she would have remarried.  In the pension file she stated (multiple times, on multiple forms; gotta love the government) that she had had two children, both of whom were minors, from her marriage to the soldier.  The birthdate of the younger child, her son, was consistently given as May 5, 1864.  That is coincidentally not much more than nine months after that telegraph.

I know there are many, many Record Groups relating to the Civil War.  I don't know if any of them might help me determine whether the request in the telegram was granted and find out if the woman was able to visit her husband, say around August of 1863.  But it should certainly be interesting to try to find out.  And now I'm wondering who are the parents of the third child in the household in 1870, who is several years younger than the boy ....

Sadly, the soldier died of smallpox on March 3, 1864.  He never got to see his son.  He is buried in Nashville National Cemetery.
Posted by Janice M. Sellers at 8:58 AM No comments: 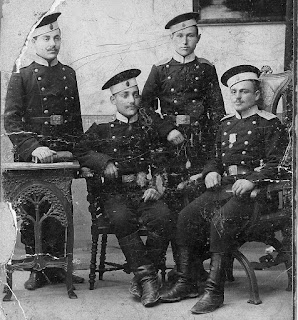 Everything You Always Wanted to Know about Archives

Rob Richards, Director of Archival Operations at the National Archives at Atlanta, Georgia, will be the featured speaker at a seminar running from 9:00 a.m. to 4:00 p.m. on Saturday, September 10, 2011.  The seminar will be at the LDS Meeting House, 875 Quince Avenue, Santa Clara, California.  Some of the topics to be covered:

I hope he will also discuss how information in archives can be helpful in family history research and effective ways to research in an archive.

The seminar is free and open to the public.  No reservations are needed, and there is plenty of free parking.  Some light refreshments will be served, but you should plan to bring a lunch or buy something in the area.

The seminar is sponsored by the Silicon Valley Computer Genealogy Group.  If you have any questions, send a message to siliconvalleygroup@earthlink.net.
Posted by Janice M. Sellers at 11:30 PM No comments: 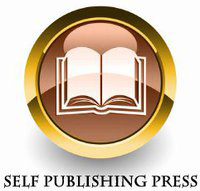 I am proud to announce I am the newest team member at Self Publishing Press.  SPP is a one-stop publishing solution and was formed to assist authors in successfully navigating the book publishing process.  The editorial and production staff has been involved in many publishing projects, and the company maintains editorial, design, typesetting, printing, fulfillment, and marketing services in its Pennsylvania-based facility.  My primary focus will be genealogical research and research guidance, but I will also be available for editing and indexing.

The principal at the company is Kevin Pirkey, who was my sales rep at the printing/composition company I worked with when I was the publications coordinator at a scientific publisher.  Kevin did great work for us, and I'm happy to be working with him again.  We discovered we both had a strong interest in genealogy, and we may even have a family connection several generations back in Pennsylvania.

Self Publishing Press also has a Facebook page.
Posted by Janice M. Sellers at 10:05 PM No comments:

Email ThisBlogThis!Share to TwitterShare to FacebookShare to Pinterest
Labels: Self Publishing Press 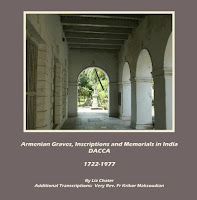 Noted Armenian researcher Liz Chater recently published a new book, Armenian Graves, Inscriptions and Memorials in India, DACCA, 1722–1977.  It has more than 160 color photographs of the remaining graves at the Armenian Church Dhaka (Dacca, previously in Bengal but now in Bangladesh).  The book also includes more than 25 individual family tree charts that relate directly to the Armenians buried in Dhaka.  The grave inscriptions are cross-referenced with the original Armenian Church death register entries, with additional information from the registers where possible.  All transcriptions and register entries written in Armenian have been translated into English.  Chater is passoniate about Armenian genealogy and raising awareness of Armenians in India and hopes that her efforts will help keep the history of this community alive.

Young Genealogists Are Out There

I had an amazing phone call on Wednesday.  A young genealogist in Westchester County, New York read my blog, found me on Facebook, and sent me a message asking if he could call and talk to me about genealogy.  We spent an hour and a half on the phone.   He is 16 years old and has been researching his family for three years.  He wanted to get advice on some places where he has gotten stuck (I won't call them brick walls, because they don't look unsurmountable).  He already knows the importance of finding documentation to support his research hypotheses, and of researching siblings to help find information on the main person of focus.  He has done some really good research and just needed some pointers on alternative resources where some of the obvious ones, such as early birth records, don't exist. He has one line back to the early 1700's!

One of the sessions I attended at the recent IAJGS conference in Washington, DC was about getting the younger generation interested in genealogy.  It's gratifying to know that some young people are already interested and are actively working on their family history.  I'm looking forward to hearing from my young acquaintance and learning what progress he has made.  I also started researching my family when I was 13, and look where it's taken me!
Posted by Janice M. Sellers at 8:08 AM 7 comments: