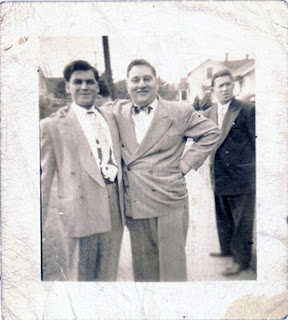 Posted by Janice M. Sellers at 8:38 PM No comments: 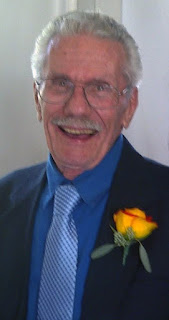 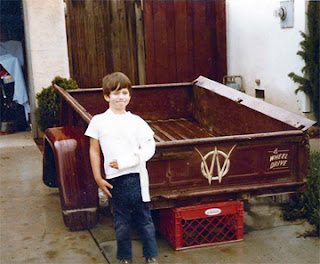 Posted by Janice M. Sellers at 9:46 PM No comments:

Lucy Wynona McLaughlin married Daniel Edmund Caldwell on May 10, 1958 in Santa Monica, California at Saint Monica's Catholic Church.  Lucy was the half-sister of my ex and therefore the aunt of my stepsons.  While I still lived in Oakland, California, I learned through a probate file that she was living near me, so one day I bravely drove to her address and cold called in person.  I was fortunate that she was home and willing to talk with me.  I ended up visiting for four hours.  She allowed me to take home her wedding album and scan all the photos.  She was a stunningly beautiful bride.  She called me her "not quite sister-in-law."  I'm so happy I was able to meet her, and that her nephew David met her and her younger son.  I miss her a lot.

Yom HaShoah is the annual day of commemoration to honor and remember the Jewish victims of the Holocaust during World War II.  It is usually held on the 27th of Nisan, which this year falls on May 2.

The following is the list of my known family members who died in the Holocaust.  They are all from the Mekler/Nowicki side of my family and lived in Grodno gubernia, Russian Empire (now in Belarus).  May their memory be for a blessing.