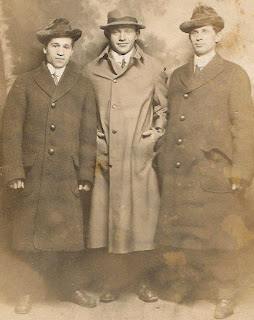 Disappearance of a War Bride

An interesting but sad story was published in The Oregonian this week.  An Icelandic woman married an American soldier after the end of World War II and left her home to move with him to Oregon, where his parents lived.  Communication between her and her family was erratically received.  She had two children, then divorced her husband in 1951.  Then she disappeared.

Only recently have efforts made by the bride's relatives in Iceland produced information.  They hired professional genealogist Peggy Baldwin in Portland, Oregon, who found living relatives there.  Several people working together have pieced together much of the history of the woman's life and of her children.  One of the key facts still to be learned is the specifics of her eventual fate.

The five installments of the story can be read at http://www.oregonlive.com/portland/index.ssf/2011/12/war_bride_esther_gavin.html.
Posted by Janice M. Sellers at 10:17 AM 6 comments:

December 2011 Issue of The Galitzianer

The December issue of The Galitzianer is at the printer and will be mailed out soon.  (We've recently changed the publishing schedule for The G.  It will now appear in March, June, September, and December.)  Articles in this issue include memories of a 1942 trip to Bolechow by an ethnic German born there who went back to see how things had changed; how the new All Galicia Database has already helped someone answer questions about her ancestors; a detailed update on Galician maps and records that have been examined in archives; and the discoveries someone made on an extended research trip in Europe.

The Galitzianer is available only to members of Gesher Galicia, a nonprofit organization focused on researching Jews in the former Austro-Hungarian province of Galicia.  If you join you get a subscription to the journal and help fund research projects, and you help support a hobby you enjoy.  One of the recent research aids that has been published is the All Galicia Database.
Posted by Janice M. Sellers at 8:31 PM No comments:

Email ThisBlogThis!Share to TwitterShare to FacebookShare to Pinterest
Labels: Gesher Galicia, The Galitzianer 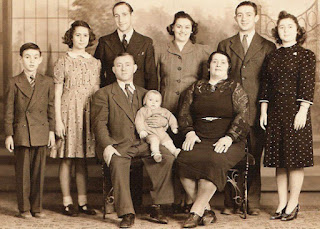 Posted by Janice M. Sellers at 7:39 AM No comments:

Where did your ancestors live?

In family history research two of the most important things you need to know are where someone lived and when.  Location and time determine where you need to look for records and what types of records are likely to exist.  A good deal of research time is spent trying to locate your ancestors so you can then look for records.  Wouldn't it be great if your ancestor had written that information down for you, so you could save some time and effort?

That's exactly what my grandfather did!  My father recently found two pages where his father listed every place he had ever lived, from the time he was born to where he settled later in his life.  The last location on the list is where he lived until he passed away.  The list covers 92 years.

I learned some interesting things from the list.  Apparently he lived in New York state several times, for a total of about five years, which I had not known.  One of the more intriguing entries is for 1928-1929:  "Traveling thru west no perm. Add."  Besides the obvious curiosity factor -- where exactly was the "west" and what was he doing? -- at that time he was married and had two children.  Where were his wife and daughters?  Did he just up and leave them?  Did they go with him?

I'm not entirely taking him at his word, however.  I've already noticed that some of the information doesn't quite match up with other facts.  For example, the list shows him leaving the city my youngest aunt was born in the year before she was born.  Not impossible, of course, but it drew my attention.  He could have the year wrong; he could have moved to a new job before she was born and they followed afterward.

So now I have a lot more places to look for information and records on my grandfather.  I wish all of my ancestors had created a list like this!
Posted by Janice M. Sellers at 12:07 PM 2 comments: 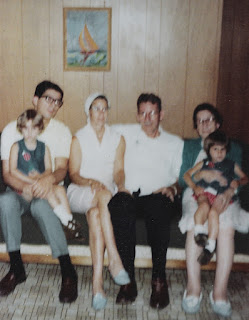 Dr. Lara Michels, the archivist in charge of the Magnes Collection of Jewish Art and Life at Bancroft Library, recently spoke to the San Francisco Bay Area Jewish Genealogical Society about the collection.  Since 2010, when the Judah L. Magnes Museum was absorbed by UC Berkeley and the Bancroft Library, Dr. Michels has been conducting a complete inventory and cataloguing of the Magnes collection, no mean feat for any archive.  Her presentation to SFBAJGS highlighted parts of the collection she thought could be particularly helpful for genealogical research.

One of the most significant parts of the archive is a massive collection of materials relating to Congregation Sherith Israel of San Francisco, dating from early burials in the 1850's (in cemeteries which are now part of Mission Dolores Park) to minutes and membership lists from the mid-20th century and later.  The history of the congregation can be followed in detail over a century and a half.  Another important item is a near-complete name index to The Emanu-El, a Jewish community newspaper that was the precursor to The J of today.  Dr. Michels is almost finished cataloguing the Magnes Collection; by early 2012 she hopes to have the complete inventory listed on the Web site.

Close on the heels of Dr. Michels' presentation, I read about the Magnes Fellowship in Jewish Studies, which was established to support for one academic year graduate students at the University of California at Berkeley whose research would benefit from the use of source materials in the Magnes Collection of Jewish Art and Life. Recipients of the Fellowship, designated as Magnes Fellows, must be graduate students enrolled at the University of California at Berkeley who demonstrate high academic distinction and are beyond the first year of graduate study.  The amount of the award will cover fees and stipend for the graduate student for a year.

The applicant's statement of purpose must describe how the research project will make use of the Magnes Collection.  The selection committee, appointed by the Director of the Bancroft Library and including Jewish Studies Program faculty, will determine the recipient based on statement of purpose, transcripts of undergraduate and graduate coursework, and two letters of recommendation from instructors.  The application deadline is by 5:00 p.m. of the first Monday in February.  For 2012 the date is February 6.

All applications and awards will be made within the framework of existing fellowship programs.  For questions call Diana Vergil at (510) 642-3782.  Awards will be announced at the Annual Meeting of the Friends of the Bancroft Library held in the spring of each year.

For application forms and instructions see http://bancroft.berkeley.edu/info/fellowships.html.
Posted by Janice M. Sellers at 12:28 PM No comments:

November ZichronNote Off to the Printer!

Somehow between getting ready for the Jewish Family History Open House, the Thanksgiving holiday, and just plain waiting for some articles to come in, the November issue of ZichronNote slipped into December before I knew it.  I have finally caught up on things, though, and the issue has been sent to the printer.  Articles to look forward to include an overview of Jewish refugees from Europe who came into the United States through the Angel Island Immigration Station; a Jewish mayor in 19th-century Texas; and why it is important to have your primary genealogical database on your home computer, not online.

ZichronNote is available only to members of the San Francisco Bay Area Jewish Genealogical Societeey. If you join (at the very affordable annual membership rate) you get a subscription to the journal and help fund research projects, and help support a hobby you enjoy.
Posted by Janice M. Sellers at 7:21 AM No comments: 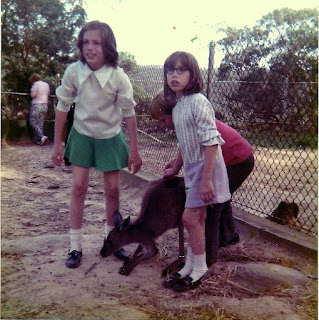 Posted by Janice M. Sellers at 1:04 AM No comments:

The Central Library of Berlin has inventories of books that belonged to Berlin Jews before they were deported by the Nazis.  The library is trying to find the descendants of the rightful owners of these books.  A list online shows the names of the owners as far as they could be identified through inscriptions in the books.

The Web site (in German; you can use Google to translate) is http://www.zlb.de/aktivitaeten/raubgut.

If you find the names of relatives or acquaintances contact raubgut@zlb.de (raubgut means "loot" in English).
Posted by Janice M. Sellers at 11:19 AM No comments:

A Cousin Found Me!

Earlier this year I put a page online with the many surnames I am researching.  It was one of those things I had been meaning to do for ages and kept putting off.  One of the reasons I was finally motivated to do it was that my genealogy society has a page where members can have links to their personal genealogy sites, and I figured that would give it extra exposure.  But I guess I never really expected anyone to just "find" it.

Well, today a cousin actually found me!  She was looking around online for her maiden name and found my page, then followed the link to my blog.  She sent me a message asking if we were related and included some of the names in her family.  I thought her name sounded familiar, and when I checked my family tree program she was there!  **cue happy dance**

She even mentioned my post about the documentary Jubanos.  She appreciated my acknowledgment of the special culture that Cuban Jews have.  She's from the branch of my family that ended up in Cuba when they were fleeing the problems in Europe leading up to World War II and the Holocaust.

We're distant relatives -- fourth cousins once removed -- which I hope doesn't turn her off from wanting to communicate.  I had that happen once with a cousin in St. Paul, Minnesota.  I had found him through research, and he was excited to hear from me until I told him what the exact connection was; I think it was about the same, something like fourth cousins.  Boy, did he shut down fast.  Just stopped talking to me, and has never responded to me since, not even to tell me what the problem was.  The best I could come up with is that maybe he didn't think fourth cousin really counted as a relative.

Well, fourth cousin or fifth cousin or sixth cousin definitely counts as a relative to me.  I hope my newfound cousin feels the same.
Posted by Janice M. Sellers at 12:21 AM 3 comments: