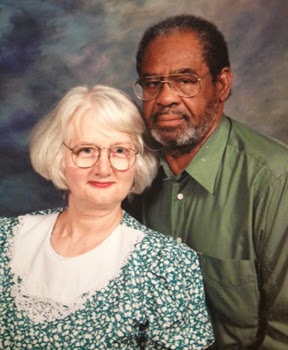 The judge who ruled against the Lovings when they were living as a married couple in Virginia in 1958 stated, "Almighty God created the races white, black, yellow, malay, and red, and he placed them on separate continents.  And but for the interference with his arrangement there would be no cause for such marriages.  The fact that he separated the races shows that he did not intend for the races to mix."

My not-quite-aunt Jean said, "We were married in 1968 [the year after the Loving decision by the Supreme Court].  We went to visit Washington, D.C. in the summer of 1968 without the fear that we could be put in jail for up to 25 years.  Resurrection City on the Mall was being dismantled and the smell of tear gas was hard to ignore."
Posted by Janice M. Sellers at 4:14 PM