Statement of Non-Support: Board of African American Genealogy 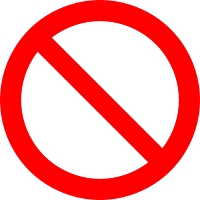 Most of my blog readers know that one of my research specialties is Black genealogy.  I started that research about 25 years ago for extended family members.  Since then I have discovred my own Black relatives and the African ancestry that appears in my DNA.

This is to say that I am not new to this field.  Although I am white, I have many years of involvement in the Black genealogy community.  I, along with many others, have often looked for more visibility for the community.

But this isn't the way to do it.

I learned of the Board of African American Genealogy this past Friday, October 9, when I received a message forwarded from Nicka Smith, a genealogy colleague of mine.  We used to serve together on the board of the African American Genealogical Society of Northern California (AAGSNC) and worked together on AAGSNC's quarterly journal, The Baobab Tree.  She is a nationally known lecturer on Black genealogy and the founder and host of BlackProGen Live.

She discovered that the founder and promoter of the Board of African American Genealogy (BOAAG) was using her name and the names of other genealogists prominent in the Black genealogy community to market the new organization, without their permission or knowledge beforehand.  She learned that some of those individuals had contacted BOAAG to try to find out more about what was going on and had either been rebuffed or given the run-around.

Nicka has written an opinion piece about the situation which I recommend anyone interested in Black genealogy read.  It lays out the facts as known at this time.

It is possible that BOAAG actually has the good of the Black genealogy community in mind.  But for now it is taking actions that appear to be more self-serving than beneficial to others, and doing so in a way that is not completely aboveboard.  So I agree with Nicika's assessment and announcement, and I have added my name to those listed with her post.  I do not recommend supporting the Board of African American Genealogy.