Unidentified Portraits from India during the Raj 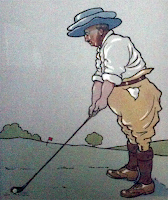 The illustrations in question were done in 1908, most likely in Calcutta, by an Englishman named Whitwell Tryon Nash, who spent a number of years in India prior to World War I.  He was a civil engineer and worked with both railroads and waterworks in places such as Calcutta, Cawnpore, and Kasara (to use the spellings current at that time).  After serving with the Royal Naval Volunteer Reserve during the war, Nash returned to India in late 1919 and was there for some indeterminate time before immigrating to Canada, where he died in 1948.

His descendants have a number of these illustrations—clearly caricatures of people he knew and perhaps worked with—and are trying to identify them. If you think you might have an inkling of who any of these people might be, they would appreciate hearing about it.  Nine portraits are posted online; contact information is on the site.