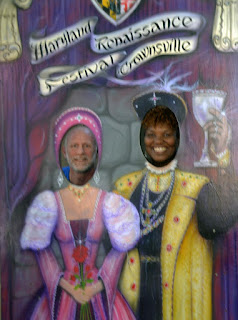 Today is the 9th anniversary for my brother and my sister-in-law, who were married in Elkridge, Maryland.  They chose November 12 as their wedding date as they wanted to honor my deceased mother, whose birthday was November 11, but did not think it appropriate to have the wedding on her actual birthday.  Ergo, it took place the day after.

The traditional gifts for the 9th anniversary, per the lists on Wikipedia, are pottery or leather goods in the United States (or copper in the United Kingdom).  Those sounded kind of blah to me, so I figured a blog post commemorating their special day was a nicer gift.