DNA and Legal Records and Jewish Records, Oh My! 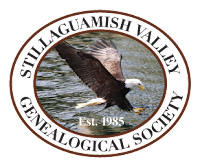 Days 2 and 3 of the Northwest Genealogy Conference continued to be interesting and educational.  On Friday the featured speaker was CeCe Moore, and the theme for the day was therefore DNA, of course.  The session I attended was "Autosomal DNA and Chromosome Mapping:  Discovering Your Ancestors in You" (as I already have a good handle on the basics and ethnicity estimates, and really didn't want to hear about Henry Louis Gates, Jr. and his program).  While I recently attended a one-day seminar by Dr. Tim Janzen on this topic, I have to say that Moore explained it a little more clearly, and now I almost feel prepared to try using these techniques on my own family research.  She was very open about warning everyone that this is time-consuming stuff, however, so I have to figure out a way to fit it into my schedule (ha!).

I also went to Elissa Scalise Powell's third offering at the conference, "Baker's Dozen Steps to Writing Research Reports."  She has created a great template that looks like it will make writing reports much easier.  I'm definitely going to implement ideas from this session in my regular work.

Saturday's featured guest was Judy Russell, the Legal Genealogist, and most of the day's sessions were related to legal records and courthouse research.  I managed to get up early enough to make it to the first presentation of the day, "That First Trip to the Courthouse", by Judy.  Yes, I have done a lot of courthouse research already, but she's just so entertaining that it was worthwhile to listen to.  Some of the points she made really resonated with my own experience, such as "Don't be afraid to ask."  Once I couldn't find a record in the computer index that I really, really thought should be there, so I asked if any other index was available.  The clerk took me across the hall to the original docket books, from which the computerized index had been created.  The case I wanted was listed in the book!  I don't know why it was missing from the computer database, but I found what I needed.

As a follow-up to "Don't be afraid to ask", Judy had in her handout, "Almost every courthouse has someone who really knows the old records.  It's worth trying to find that person and find a convenient time to chat."  When I was trying to determine in which courts and prisons or jails a particular man might have records, the clerk told me that this one guy upstairs in the D.A.'s office knew all about how the courts were set up "in the old days."  You know that I immediately went up there to see if that man was available.  Lucky me, he was!, and he had a few spare minutes.  He explained how the old municipal (city) court and jail used to function and what probably happened to their old records.  I still didn't find the records (the consensus was that they had probably been destroyed decades before), but I had a much better understanding of the process the man I was researching had gone through in the judicial system.

After Judy's morning session I taught my class, "Looking for Non-Jews in Jewish Records."  This talk originated as a keynote at a local family history day.  The main point is that those of us researching Jewish family history can be obsessive (very obsessive) about finding any and all records and resources that might be helpful and then often sharing the information online.  Though the sites on which the information is shared are usually focused on Jewish research, the resources themselves often aren't.  So if, for example, someone who isn't Jewish has ancestors who were in Belarus, the Belarus Special Interest Group's page on JewishGen has links to lots of great information that can help that person.  About twenty-five people came to my class, which went very well.  Several people stopped me later to say that they learned a lot, which is always great to hear.

The next session was Judy's second class of the day, "Where There Is — Or Isn't — a Will."  I learned a few new things here, such as the fact that a "holographic" will (one handwritten in its entirety by the person making it) is called "olographic" in areas that use civil law (as opposed to English common law), such as Louisiana, Puerto Rico, and Québec.  In Florida you might find a "curator" listed as one of the people involved.  He was a temporary caretaker of property after someone's death, before an administrator was appointed.  The example that Judy discussed was when a man who sold perishable foods died; the curator stepped in to make sure that the food was handled properly and saved during the time it took the court to find and appoint an administrator.  I found it interesting to learn that, while minors are not considered competent to bequeath real estate, they can leave personal property:  boys at 14 and girls at 17.

The afternoon began with Judy's last presentation of the conference, "Order in the Court:  Using Court Records in Genealogical Research."  This was a different kind of class.  She gave a brief overview of courts but then switched gears and suggested that researchers take the time to simply read through cases that occurred in the same time and place as where their ancestors lived, even if those ancestors themselves had not been involved in the cases.  The information in the write-ups of cases can give you a lot of details about what life was like at that time and place.  She read from several cases.  The most detailed example was an 1844 Virginia appellate case relating to a murder, in which we learned about the types of houses people lived in, family living arrangements in those houses, when people normally went to bed, the styles of shoes men wore, and what types of guns were commonly used, among many other things.  While it's always recommended to read about the history of an area, this was the first time I've heard a recommendation to read the court cases of an area to learn more background information.

The final session of the day really surprised me.  The title, "Field Dependency:  A Way to Evaluate Genealogical Sources", and the handout sounded very academic and stuffy, but Jean Wilcox Hibben turned it into a lively talk about looking at records and thinking about for what purpose a record was created, who gave the information, ways in which the information could have been misunderstood, reasons for which someone might have lied or made a mistake, and generally just looking at each record critically and analyzing it.  It was a great way to end a conference at which I learned a good amount of new things and made several new genealogy friends.  I had a wonderful time in Arlington and hope the conference continues to grow and improve in the years to come.
Posted by Janice M. Sellers at 10:39 PM