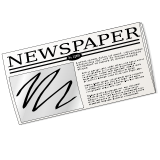 My online newspaper class went very well this morning.  About 15 people attended, smaller than I usually have, but the conference charged a fee for the class, so not totally surprising.  First I talked about techniques, and then came hands-on practice.  Most people were able to find something, if at least a lead to possible information.  Overall pretty successful.

In the afternoon I went to a session about the Boards for Special Inquiry that discussed the laws that created them, how they functioned, how they processed immigrant aliens, and how to try to find surviving information if you find an immigrant who went through the process.  I recently discovered that my elderly great-great-grandparents were questioned by a Board of Special Inquiry for eight days when they arrived in New York in 1922; they were noted on the ship manifest as likely public charges and physically feeble.  Apparently the fact that their son had a successful business and was available to pick them up was not enough to prevent the inquiry.  They were admitted eventually, which actually makes it less likely there will be any surviving paperwork.  But that won't stop me from looking! 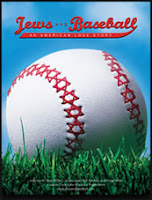 I had an enjoyable dinner this evening with two fellow ProGen alumni, Meredith Hoffman and Michael Hait.  I finally got to meet Michael in person after several e-mail conversations.  We had a lively discussion about several aspects of being professional genealogists and managed to stay just this side of polite the entire time.

I ended the day watching a documentary called Jews and Baseball (2010), which took an interesting approach to the idea of cultural assimiliation through enjoyment of and participation in the national pastime.  Sandy Koufax is aging very well.
Posted by Janice M. Sellers at 9:06 PM