As we are nearing the end of the year and the "season of giving", I thought it would be a good time to post information about several projects that are looking for volunteers with time or information.  Not all of them are directly related to genealogy, but I figure that anything involving people could have information about someone's family member.

Harbor of Hope, a project I have written about before, is a documentary based on archival film footage of Holocaust survivors arriving in Malmö, Sweden, primarily on April 28, 1945.  In the ongoing search for information from and about survivors who arrived in Malmö in Spring 1945, lists of passengers arriving on April 28 have been published on the documentary's Web site.

Martin Sugarman, the archivist of the Jewish Military Museum in the United Kingdom (founded and launched by the Association of Jewish Ex-Servicemen and Women), is researching Israeli, UK, and Commonwealth Jews who served in the Merchant Navy (not the Royal Navy) in World War II.  If you have any photographs or any stories about the experiences of such men or know families who do, Martin will be honored to receive them by e-mail.  His address is martin.sugarman@yahoo.co.uk.

The United States Holocaust Memorial Museum has launched a project called "History Unfolded:  U.S. Newspapers and the Holocaust."  Volunteers around the country are being sought to research how their hometown newspapers reported on Holocaust-related events during the 1930's and 1940's.  Data about relevant articles will be submitted online to a centralized database, which will permit analysis of trends in U.S. news reporting during the Holocaust.  The project has begun with ten events, and more events will be added during 2016.

The Emigrant Savings Bank was founded in 1850 by the Irish Emigrant Society in New York City to help Irish immigrants trying to establish themselves in their new country.  In a project called Emigrant City, the New York Public Library has digitized mortgage and bond records which were previously available only on microfilm and is now looking for volunteers to help transcribe the information on these records in order to create a searchable online database.

The Encyclopedia of Greater Philadelphia, which a year and a half ago put out a call for authors for a series of articles, has reached a milestone of 250 published topics and is now looking for authors for its new expansion.  The scope of the project includes the city of Philadelphia and the surrounding region of southeastern Pennsylvania, southern New Jersey, and northern Delaware.

As before, prospective authors must have expertise in their chosen subjects, as demonstrated by previous publicitions and/or advanced training in historical research.  Authors can choose to volunteer or receive modest stipends.  All submissions will be peer-reviewed.  The list of topics is available as a link from the new call for authors.

If you had any whaling men in your family, this should be of interest.  The U.S. National Oceanic and Atmospheric Administration (NOAA) is leading a project called Old Weather:  Whaling, where you read through whaling ship logs to look for information about weather and climate.  (And of course you'll also be able to read names as you go along.)  The ship logs available, 300 so far, have been digitized and transcribed by the New Bedford Whaling Museum.  The Guardian has an informative article about the project. 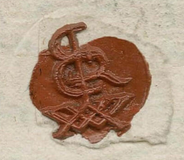 Shakespeare's World is a collaboration between the Folger Shakespeare Library in Washington, D.C. (home of the world's largest collection of materials relating to William Shakespeare and his works), Zooniverse.org at Oxford University, and the Oxford English Dictionary (OED).  Their mission is to transcribe manuscripts created by Shakespeare’s contemporaries in the 16th and 17th centuries to learn more about that period in history.  The first phase includes letters and recipe books; documents later will encompass family papers, legal and literary documents, and more.  "New" words that are documented may be included in updates to the OED.  The instructions on how to contribute emphasize that you can work at your pace and that all contributions are welcome.

The U.S. National Air and Space Museum, part of the Smithsonian Institution, has recently publicized two crowdsourcing projects.  One is to transcribe Apollo spacecraft stowage lists in order to create a searchable database.  Not only will this information be interesting to the public, it will help in efforts to authenticate whether artifacts truly were associated with the space program.

And along with space artifacts, the Smithsonian wants to crowdsource some rock and roll.  Smithsonian Books and Smithsonian Media launched Smithsonian Rock & Roll on December 1. They are asking the public to look through their "attics, basements, boxes, drawers, digital cameras, photo albums, cell phones, cloud, photo-upload sites, and computer hard drives for pictures that show the greatest moments in the history of rock ’n’ roll."
Posted by Janice M. Sellers at 12:21 AM