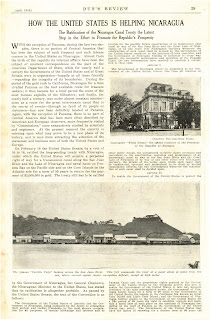 This article, "How the United States Is Helping Nicaragua", was published in Dun's Review of April 1916.  Dun's Review was published by R. G. Dun & Company, prior to its merger with John M. Bradstreet's company, which created Dun & Bradstreet.  The article runs six pages, 39–44.  It appears to have been torn out of a magazine.  I can't find the article itself online, although this book includes it in the references. 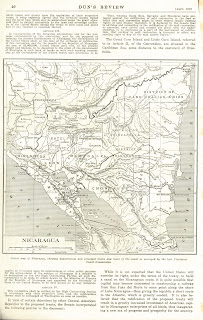 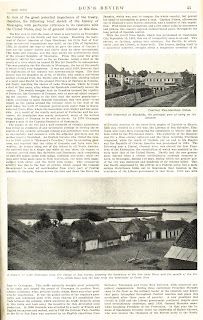 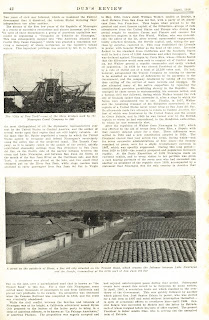 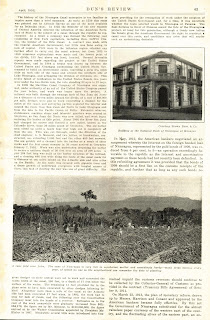 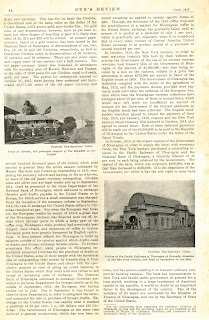 The article was wrapped in a lined piece of paper with what appears to be Jean La Forêt's handwriting on it. 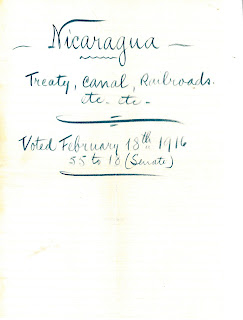 Jean wrote only a little on his cover sheet:

The opening paragraph of the article mentions that Nicaragua was under consideration for the canal that eventually went through Panama.  Perhaps that is part of why Jean kept the article, as he seems to have been interested in the canal (or at least he kept an article about the final connection between the oceans being made).  Other than that, the article is an overview of U.S. history in Nicaragua, occasioned by the ratification in the U.S. Senate of the Nicaragua Canal Treaty.

The Nicaragua Canal Treaty is formally known as the Bryan-Chamorro Treaty, for its principal negotiators, William Jennings Bryan and Emiliano Chamorro Vargas.  The primary provision of the treaty gave the U.S. rights in perpetuity to build a canal through Nicaragua.  The treaty was abolished in 1970.

In 1916 Jean was still a U.S. Vice-Consul in Algeria.  Did this subject have anything to do with his job?  Or was this kept due to a strictly personal interest in the subject?  With only his short synopsis written on the cover sheet, I'm afraid I'll never know why this was considered important enough to keep.
Posted by Janice M. Sellers at 8:42 PM