It is very close to the end of the year, and it's natural to look back at one's work over that time.  This year's most viewed posts fall somewhat between the results from last year and those of the year before.  In 2014 the top posts covered a wide range of topics, while in 2015 the list was solidly populated by Who Do You Think You Are?  This year half the list is WDYTYA, and the other half is all over the place.  So it appears I still have my mandate, but people are reading other topics also.

Tied at #10 are an episode of Who Do You Think You Are? (no surprise), the one about Scott Foley, and a post about one of my family mysteries, the question of whether the biological father of my grandfather Bertram might also have been the father of Bertolet, the daughter my great-grandmother had three years after her husband had died.  It's nice to see that a story about my family can compete with WDYTYA.

The next two are more episodes of Who Do You Think You Are?:  Katey Sagal at #9 and Chris Noth at #8.  They were were within just a few views of each other.

I am very happy to see that the post about photos of "contraband" scholars that were appraised on an episode of Antiques Roadshow placed high, at #6.  I keep hoping that someone will find a photograph of an ancestor in that collection.

Returning to Who Do You Think You Are?, the episode with Aisha Tyler placed #5 on the list of most-viewed posts.  She was the opening episode for this year's season and generated a lot of interest.

A big surprise was that how many place names appear in my Family Tree Maker family database came in at #4.  This was another Saturday Night Genealogy Fun post, which certainly helps garner more viewers, but that's a pretty narrow topic.

Another surprise, but a good one, was that one of my posts about opportunities to volunteer or share information placed #3 on the year's list.  The number of views was significantly higher than any other volunteer post.  I suspect one of the projects particularly caught people's attention, but I have no idea which one.  I hope it was the one about the Greek man looking to contact the Jewish boys he helped escape during World War II.

This year the highest an episode of Who Do You Think You Are? placed was again #2.  My review of the Lea Michele episode was extremely popular, even though I wasn't able to post it until more than a month after the program aired.  I transcribed all the documents that were shown, however, and I'm sure that helped bring in readers.

Warming my little editor's heart, the #1 post on my blog this year was about copyright.  Yes, the post wherein I chastised two genealogical societies (not by name, of course) for abusing others' copyrights was well ahead of #2, by a good 10% more views.  I hope the post helps people think more carefully before they just copy things from the Internet and put them into their society newsletters.  No, just because it's on the Internet does not mean it's free, and the author didn't put it there so you could copy it.

Now that I've gone through the list, the final surprise is that not a single post about newspapers made it into the top 10.  Considering that two did last year (and three were in the top 12), I wonder what happened.

I checked to see how many episodes of Who Do You Think You Are? were aired this year:  a grand total of six.  And five of those made it into my top 10.  For some reason, Molly Ringwald didn't interest people anywhere near as much as the other celebrities.  But now I know why other topics were able to do as well.

I wasn't able to compare the number of shares this year, because Blogger/Google no longer seems to provide that statistic.  The most commented-on post was another Saturday Night Genealogy Fun one, where Randy asked everyone to write about their most recent unknown ancestor.  That generated almost 40 comments, most from a very generous woman who looked for newspaper articles to help me in my search.  It worked — I think I've identified my grandfather's father.  I'm now searching for a likely Y-DNA candidate for testing. 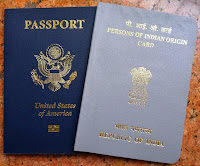 Something that has not changed since last year is my overall most-viewed post.  That, now with about 67% more views than the runner-up (Lionel Ritchie on Who Do You Think You Are?, the same as last year), is the discussion of the potential of gaining citizenship through descent for people wishing to reclaim ancestral connections.  That post about citizenship is also far in the lead in the number of comments, with more than 150.
Posted by Janice M. Sellers at 9:23 PM