Brother, Can You Spare an Hour (or Two)?

It's time for another round-up of projects that are looking for volunteer help, whether in the form of transcriptions, information, or time.  If you have an hour or two a week to spare or some specialized knowledge, maybe you're just the person for one of these requests.

As is becoming more and more common, several of the projects are asking volunteers to transcribe digitized information.  McGill University in Montreal, Québec is hoping people will be interested in working on 150 years of meterological observations from the McGill Observatory.  The focus of the Data Rescue:  Archives and Weather (DRAW) project is studying the historical weather data to identify patterns and trends, but an article notes, “The Observatory ledgers are also full of interesting little notes about the daily lives of our ancestors."  So if you had relatives living in Montreal, you can learn more about what their weather was like and how it affected them.  The project site is still in a beta testing stage, but interested participants can sign up now and practice using the transcription tools.

Yale University's recent foray into crowd-sourced transcription work is all about the drama — Yale's School of Drama, that is, along with the Yale Repertory Theatre Ephemera Collection.  The aim of the Ensemble @ Yale project is to create a database of Yale theatrical history.  Volunteers can browse digitized programs spanning more than 90 years and transcribe play titles, production dates, and names of directors, cast, and crew.  Once the first two collections have been transcribed and put into a searchable database, more Yale theater-related collections will be considered as additions.  If you had a family member at Yale or are into theater history, this may be the project for you.

A transcription project more directly related to family history research is the one connected to the recently launched database of genealogical records for Ukrainians born between 1650 and 1920.  The database is said to include information on more than two and a half million people, with plans to increase the total to between four and five million people by 2019.  Documents used as data sources originated with the Tsardom of Muscovy, Russian and Habsburg empires, Poland, and the Soviet Union.  The index is currently searchable only in Cyrillic, but a Roman alphabet search is planned for the future.  (Remember, Google Translate understands Ukrainian and is your friend.)

If you register on the project site you can create a family tree.  The transcription site provides instructions on how to do the transcription work, and lists locations and whether documents have been finished or are waiting to be worked on.  Something I didn't find on the site is a list of what documents are being used, which would be useful for determining whether Jewish individuals might be included in the database.

There are enough volunteer transcription projects now that someone has created a page to aggregate them.  It's on an education-oriented blog, and the focus is on students working with historical texts, but it's a nice collection of links conveniently grouped together.

A local request for assistance comes from the Vacaville (Calfornia) Heritage Council, which is looking for volunteers to take on projects such as scanning photo negatives, researching local history, organizing donated historical material, and various computer tasks.  Some of the historical items that scream to be cared for are the Vacaville Reporter's newspaper collection from 1930–2006, microfilm of newspapers going back to 1883, and photo negatives.  Interested individuals can contact council president Doug Rodgers at the e-mail address given in the article.

Three more local requests, these from museums in eastern Contra Costa County, California, were featured in a recent newspaper article.  The Antioch Historical Museum, East County Historical Museum, and Pittsburg Historical Museum and Society have each received healthy donations of newspapers, microfilm, and other historical items that now need to be sorted and prepared for access.  Contact information for each of the groups is in the article, if you have the time to help.

Dr. Kimberly Jensen, a professor at Western Oregon University, is trying to find more information about The People's Bulletin, a black community newspaper published in Portland, Oregon.  The only known surviving issue, from June 7, 1917, is Volume 1, Number 34, and is held at the University of California at Santa Barbara's Special Research Collections, as part of its “Portland [Oregon] African-American Collection, circa 1900–1970.”  So far all documentation for the newspaper indicates only the year 1917, although June 7 was in the 23rd week of 1917, so the first issues should have come out in 1916.  It's obviously a very rare paper; it isn't even listed in the Chronicling America directory.  Anyone who can provide information about The People's Bulletin is asked to contact Dr. Jensen at the e-mail address given in the article linked above.

There are always lots of Irish projects going on.  A releatively new one is Epic Journeys - Ellis Island, which aims to document the Irish experience going through Ellis Island.  The project began in 2015 with a focus on the parish of Tulla, County Clare but has now expanded to other departure points in Ireland, including locations in the counties of Cavan, Cork, Galway, and Tipperary.  The Web site is currently going through an upgrade, so contributions cannot be made through it directly, but they can be sent via an e-mail address on the site. 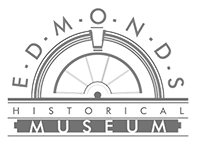 The Edmonds Historical Museum (in Snohomish County, Washington State) is asking its area residents, whether military veterans, current service members, or civilians, to come forward and share their wartime memories, from World War II through to the recent War on Terror.  All interviews will be shared with repositories for permanent preservation, and participants will each be given a copy of the oral history interview to keep and to share with family members if desired.  After November 2017, the interview project will expand to general memories of Edmonds and south Snohomish County.  Details and contact information are in an online article about the project.

This one isn't directly genealogy-related, but identifying the person should help one family.  Authorities from Orange County, California have put out a public request for help with their oldest cold case, who is a Jane Doe.  "Jane" was found dead on March 14, 1968 in Hungtington Beach, California.  She was estimated to be 20–30 years old, 5'2"–5'3", and about 130–140 pounds.  More information about her case, including the clothing and items found with her, is on the Defrosting Cold Cases blog.

The last project I'll mention today has nothing to do with genealogy, but it just sounds really cool, so I want to share it.  How would you like to transcribe magical manuscripts?  The Newberry Library in Chicago is giving you that opportunity.  The Book of Magical Charms describes how to care for toothaches, cheat at dice, complete a conjuring, and speak with spirits.  How can you possibly pass that up?  Atlas Obscura has an interesting article about the project, and you can visit the transcription project site to get started.
Posted by Janice M. Sellers at 11:42 PM