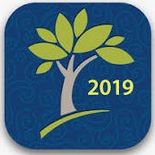 This post was prompted by "What You Learned", the September theme for the Genealogy Blog Party, as hosted by Elizabeth Swanay O'Neal on Heart of the Family.

I have been using the Family Tree Maker genealogy database program going all the way back to version 2.0 (!), which was still made for DOS at that time.  I have updated it at various points, often when a friend bought an upgrade and gave me her old disks.

I was running what I believe was version 16 on my old, reliable, 15-year-old Dell Inspiron laptop.  It still had Windows 95 installed and caused me no problems.  Until the hard drive suddenly crashed, taking everything with it.

That happened three years ago.  I first tried a local solution and actually paid money for an assessment by Geek Squad (never doing that again).  I was told me they could probably recover my files, no guarantees, but guaranteed no recovery of programs.

Well, gee, thanks!  The programs, Family Tree Maker in particular, were what I actually wanted to recover most.  I no longer had my disks (lent them to a daughter-in-law, who lost them), so I couldn't reinstall if I got a new computer.

I eventually found a (real) data recovery company that was able to retrieve everything but one .dll file from the laptop.  But I didn't have a computer to put the files on.

I then did get a new laptop, but it was running Windows 10.  My old version of FTM wasn't going to work on it.  Oops.

Fast forward to this year.  I was gifted a spiffy, brand-new version of Family Tree Maker (2019), PC and Mac combined.  Okay, that'll work on both my PC and my Mac (yeah, I'm bilingual).

I installed the program and of course discovered that during the intervening several years, almost everything about the FTM interface has been changed.

Did I mention I also hate mandatory computer program upgrades?

I liked my old interface.  It did just what I needed it to.  It was clean and basic.  I knew where everything was.

Well, it hasn't been quite like starting from scratch.  I have been able to suss it out for the most part.  But some of the changes are just driving me batty.

As an example, here is the display for a married couple:

I admit, it has been a few years since I have been able to use my previous version of FTM, but I vaguely recall that I was able to see the parents' surnames before.  Even Reunion, which I'm not crazy about, shows that.  But all I get in this display is given names.  I have to click up to the older generation to see the surnames.

I am grateful that I was given a copy of FTM and now have it available, rather than being stuck using Reunion.  But I wish I didn't have to relearn how to use it.

Maybe I'm just getting to be a crotchety old woman who doesn't like change.